The Timeless Duality of Chelsea Boots

From the Victorian Era to the Swinging Sixties to today, the Chelsea boot is still a key style in a man’s wardrobe.

In 1851, Queen Victoria stepped outside wearing a pair of so-called Paddock boots for the very first time. The Paddock boot may not be around in name these days, but it still exists in shape and spirit. In fact, there’s a good chance that you have a pair—you just call them Chelsea boots, named for the London borough where they became ubiquitous in the 1960s.

Queen Victoria’s cobbler, J. Sparkes-Hall, conceived the Paddock boots to be versatile and convenient. The monarch spent a considerable amount of time either on foot or horseback and Sparkes-Hall sought to create something that was both easy to put on, but without laces that snagged in stirrups. His solution was to use vulcanized rubber—which had only been introduced a decade prior—to create an elasticated collar along the ankles that allowed the boots to be put on and removed with ease, while eliminating any excess bits that might get caught while on horseback.

The boots were originally called J. Sparkes Hall’s Patent Elastic Ankle Boots, but that proved a mouthful, and they were eventually dubbed Paddock boots—named for the enclosure in which horses are kept. Regardless of the name, they proved to be extremely popular with the Queen, who wore them regularly.

There’s a pattern within menswear—particularly in Great Britain—where styles embraced by royals and those around them slowly, but surely, trickle down to the masses. The popularity of argyle in casual sportswear is often touted as an example, but Paddock boots might better illustrate the point. After Queen Victoria started wearing them, Sparkes-Hall’s boots gradually appeared on other members of the royal family; then on those adjacent to the royals; and, finally, on equestrians across Great Britain.

That’s not to say they were hugely popular, though. They were still very much reserved for those at the highest echelons of British society. It took a century for the boots to catch on outside the paddocks, but, when they did, it was in one of London’s most hip boroughs.

Chelsea, in the ‘50s and ‘60s, was akin to how people saw SoHo in the aughts, Greenwich Village before that or Brooklyn in the last decade. It was where London’s young artists, musicians and creative types congregated, mingling with the children of politicians, lawyers and other upper-class folk—a melting pot of sorts, which eventually spawned the Swinging London of the sixties.

The patent elastic ankle boots became as ubiquitous in the shops, cafés and pubs of Chelsea as they were in the paddocks of the countryside estates. The boot entered the British mainstream inseparable from the borough and became simply referred to—and eventually marketed as—the Chelsea boot. 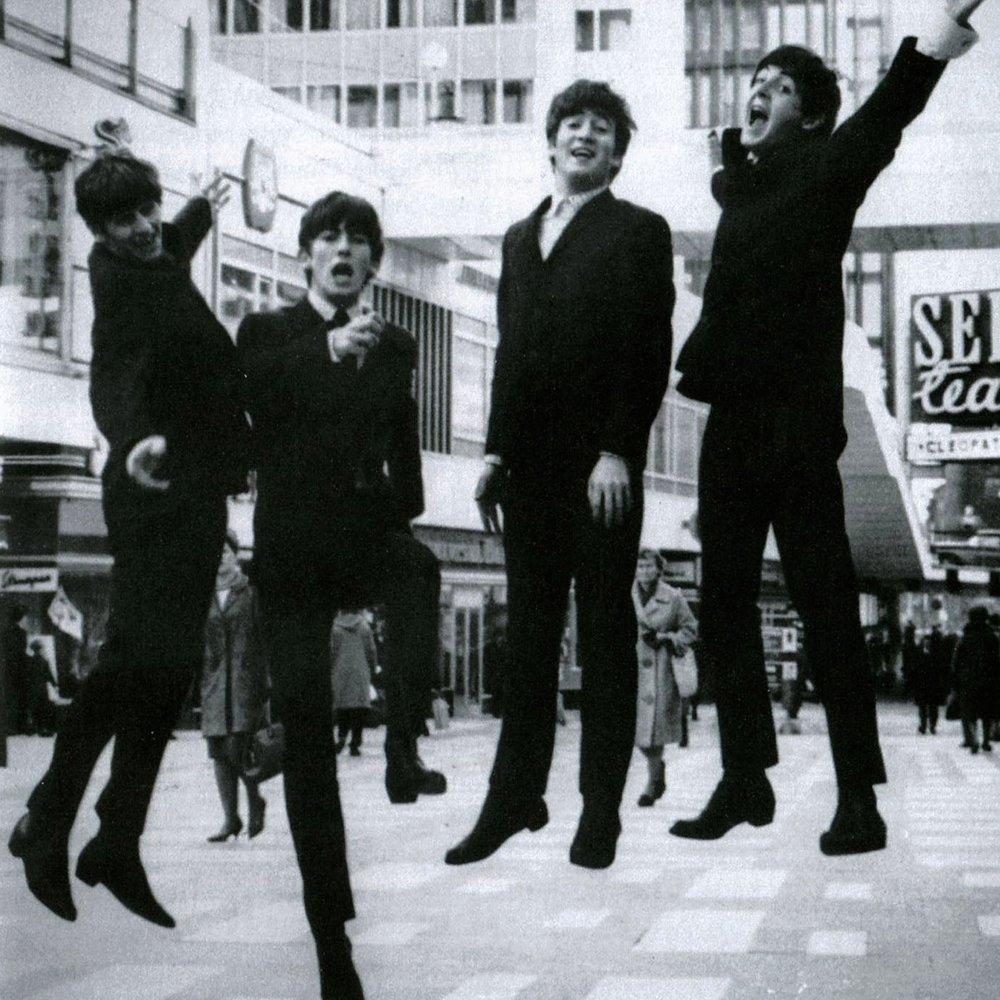 The Beatles, the Rolling Stones and The Who all emerged as global phenomena throughout the ‘60s and all were fond of wearing Chelsea boots. The popularity of the three acts, helped spread Chelsea boots abroad, but it also explains a slight variance when it comes to the silhouette. While traditional Chelsea boots had a slight heel, it wasn’t as pronounced as those on the boots that were becoming increasingly popular. That owes to The Beatles, who commissioned pairs to be made with a slightly higher heel lift—what’s referred to as a Cuban heel. The heel has been the one element that has lacked unanimity over the years and even among The Beatles, there wasn’t a uniform solution. Old photos reveal that all four members of the band seemed to have their own preference when it came to the heel.

Lack of uniformity aside, the boots became a hit everywhere British pop culture went—and, at the time, that meant everywhere. In Great Britain, the Mods embraced Chelsea boots, while, in North America, they became the new British silhouette that every young person wanted—whether they were on a college campus or in an artist’s loft.

In North America, Chelsea boots with more pronounced heels were favoured by creative types—Andy Warhol, Jimmy Hendrix and Bob Dylan. The more traditional Chelsea boots weren’t unlike proper leather shoes, though, with their sleek leather upper and hard-bottom soles—and as a result, throughout the ‘70s and ‘80s, Chelsea boots became a sort of hybrid footwear. They had roots in the outdoors and were worn as such, on weekends and days off; but they were also seen as possessing the kind of sleek, refined look that could be paired with a suit in inclement weather.

It’s a funny duality that Chelsea boots can be so closely associated with the aesthetics of rock-n-roll and conformity-challenging creatives, while still being considered one of the foundational and classic elements of menswear. What else can be worn with a suit to a first date, or paired with jeans or leather pants on stage?

But the history of Chelsea boots has always been one of duality—that’s what’s made it interesting. When the musicians, artists and writers first began co-opting the elastic-sided leather boots in Chelsea throughout the ‘60s, it was partly an act of rebellion. The taking of something invented for the Queen and worn almost exclusively by the elite and putting it through its paces on the pavement and sidewalks of a London borough. Its royal lineage co-opted by counter-culture. From there, its Britishness allowed it to prosper abroad, where it became a mainstay in the closets of students and stars alike. It’s a boot that can be dressed up or down, and year-round, at that.

There’s an even greater, underlying duality that makes the Chelsea boot what it is: it’s part leather, part elastic. That’s the detail the boot was created around. Without that, it’s not a pair of Chelsea boots.

It’s the duality that makes them what they are.