Harry Rosen began in East Toronto’s Cabbagetown in 1954 when Harry and his brother Lou opened a small made-to-measure menswear store with a down payment of $500. From day one, Harry’s vision was to become a genuinely international men’s boutique that exemplifies service, advice, craftsmanship, personality and individualization in clothing and accessories for men.

With a curation of the world’s top menswear, decades of accumulated product and style expertise and an understanding of what the modern man wants in his wardrobe, Harry Rosen is here to help men feel good and do good in their personal and professional lives.

Work or weekend, every man wants to own his personal style. Harry’s here to help you do just that, in-store, online or even by bringing a curated selection straight to you.

Our expertly-trained Clothing Advisors are on hand to share their insider knowledge and show you Harry’s latest collections––while listening and catering to your unique needs and tastes.

Our edit of top-tier luxury designers from luxury tailoring to designer sportswear will help you build an inspiring wardrobe that truly expresses yourself. 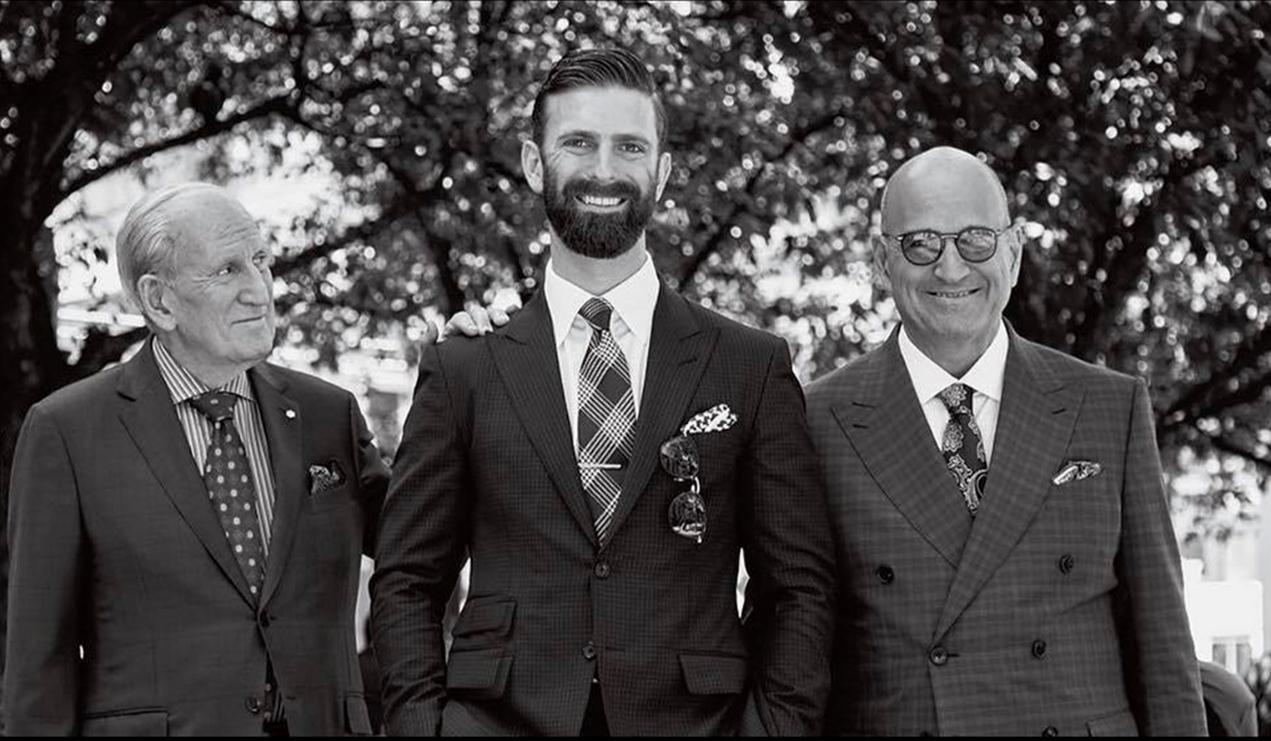 Mr. Harry Rosen has long been recognized as one of Canada's most creative and innovative retailers. Before he opened the first store in 1954, as a teenager, he found a job at a men's haberdashery shop and worked in a clothing factory. These experiences helped him learn about the composition of clothing and, more importantly, about what men wanted in their clothing. In 2005, after 51 years at the helm and expanding his business across Canada, Harry stepped back from the day-to-day operation of the company and now advises his son, Chairman and CEO, Larry Rosen and other senior management.

Eldest son of Harry, Larry Rosen has worked for the company for more than 25 years in many different areas: on the sales floor, as a buyer, in operations and in corporate development.

Larry started to learn the business as a teenager, working summers as a sales associate in Harry Rosen stores. After practicing corporate law in Toronto, Larry joined Harry Rosen as a buyer in 1986. He then became involved in store operations at a senior management level, moving on to become Buying Director. In 2000, Larry was appointed Chairman and Chief Executive Officer.

Continuing his family's legacy, Larry's son Ian now represents the third generation of the Rosen family leading the company towards brighter futures. Following his previous role as EVP, Digital & Strategy, Ian's current role as President and COO sees him continue to work closely with the EVPs of Marketing, Merchandise, Operations, and IT. Additionally, Ian also acts as a public spokesman for the organization, guiding Harry Rosen's corporate strategy from the forefront.