Harry’s VP of Digital, Ian Rosen, On Growing Up Around the Business, Style Regrets and Leadership 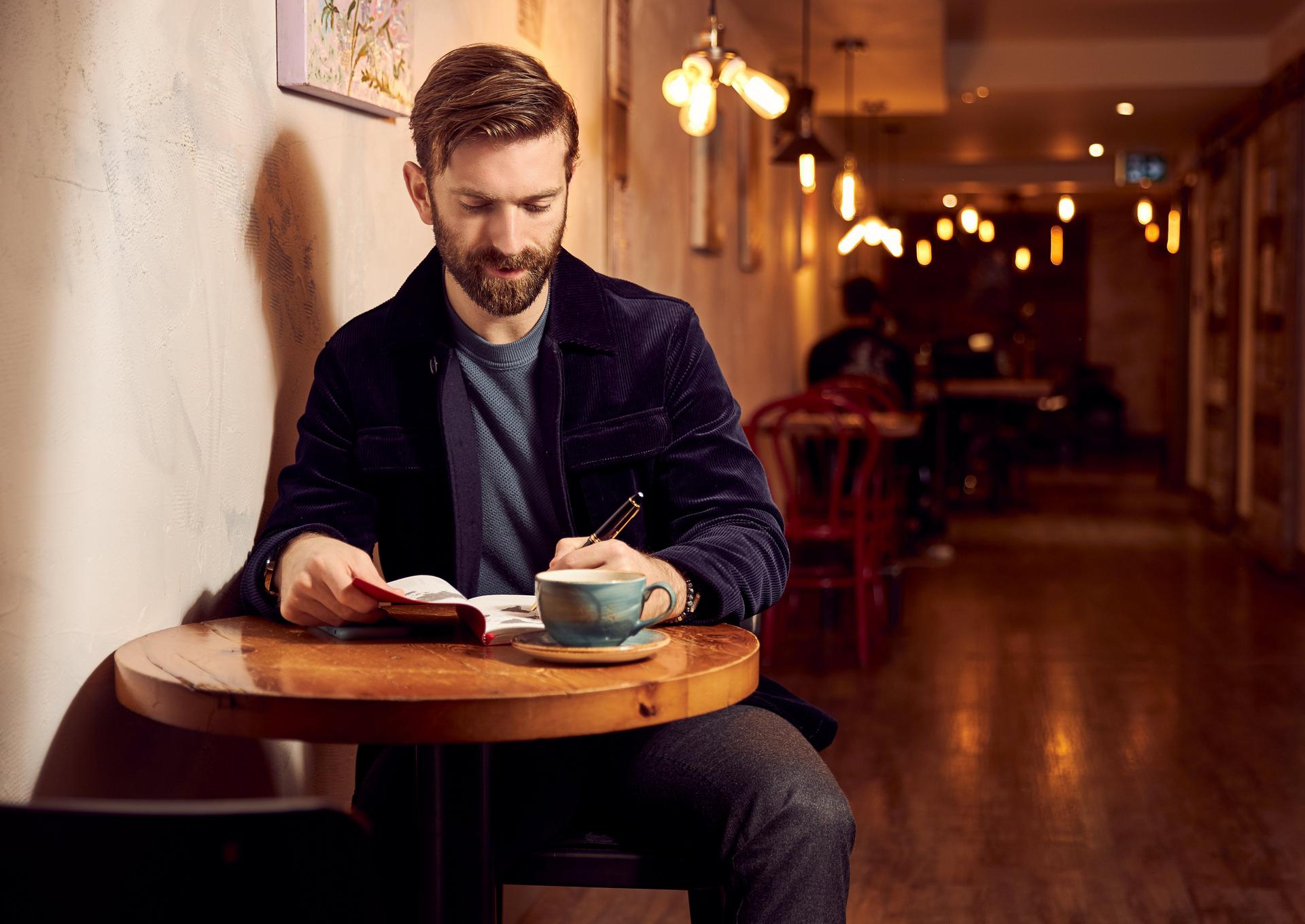 "People don't generally wake up and say, I want to work with my dad," jokes Ian Rosen, Harry Rosen's VP of Digital and Strategy (and Harry's grandson). Like many young men, it took a few years of soul-searching to find his path. After a heavy focus on sports, a brief flirtation with a creative career in film, business school at Western University and an early career in Management Consulting, Rosen eventually found his passion; it was under his nose the whole time. "I worked in financial services but that wasn't going keep me going for the rest of my life," he says. "I started loving the gamble of putting something into the market and seeing people react." And so, Rosen found himself, the third generation to work for the family business, and he couldn't be more excited for what the future will bring.

We called him over lunch to chat about growing up around the family business, early style regrets, WFH routines, leadership and how he sets the tone.

When did you decide to join the family business? Or was it something you always wanted to do?

It's interesting how my father [Larry Rosen, current chairman and CEO] joined the business. He was a lawyer, and he was watching his dad build something great, and he said, I have to be a part of it.

My experience was that it was already relatively established when I was born, and so my reaction was, keep this thing away from me. I wanted to prove to myself that there was more out there I could accomplish.

[After my MBA] I got into retail consulting and all the problems I was solving came back to issues like do you have a digital strategy? What is e-commerce? How do you start a business online? When I had my fill of what consulting was giving me, I asked myself what I wanted to do. I wanted to help a retailer build out its digital strategy. I was down in Chicago, and I looked north, and I thought, well, there's a retailer that I love. I'm very proud of the business that my grandfather and father built. So I found my way into the position I swore I never find myself in, but I feel really confident in it. Once I felt comfortable that we had the right ways of working (my father and I are very careful not to talk about business at family dinners), and we spoke openly about it how it might work, I jumped in headfirst!

Who set the tone in your life when you were growing up?

It's been inspiring to watch my grandfather and my father put their mark on something in a different way and build a company with a great culture. And when you look at the business my grandfather built versus the business that Larry's championed since he took over in the early 2000s, it's markedly different, but it has the same kind of core to it. It's still taking it one customer at a time and still has a deep appreciation for a good product.

It's important not to lose sight of who you are but still listen to the market and what the customer asks for. That's always helped me in anything I've jumped into – how do I put my mark on it? I don't like people who throw things out and start a new; I like to use foundations and take things in a new direction. I think that's why we've had success.

What's the best advice either of those two leaders gave you?

I've been walking through the stores with my grandfather for years, and that's some of the really inspiring stuff. He always says hello, he always asks the customer how we can help, talks to them, shares a thought with them. He would share sage advice to me along the lines of, you never know what sharing a positive experience with somebody will turn into down the road. He truly built his business on that. It's a hard way to build a business but he committed to it, even at scale across the country. There are so many people who have stories of Harry jumping down onto the floor and altering a customer's suit himself and things like that. I learned a ton from him. And Larry brings a lot of focus and drive and always encourages people to charge forward with their ideas, not playing defence but playing offence. I learned a lot from both of them.

What does it mean to have style?

I wouldn't always describe myself as "stylish," but I've always been very particular about what I put on and how I'm presenting myself. I think my style has evolved, and as I've gotten a new appreciation for new collections, new labels, new ways of dressing. I'm pretty attentive to the little small things that I think make the difference between looking presentable and throwing on a bunch of clothing.

My approach to style is –– if I'm not going to be comfortable in it, I won't wear it. If I'm not going to be comfortable wearing something with a ton of logos, I won't wear it. I don't feel the need to force it. I really like our "Set The Tone" campaign because I think like there's nothing better than feeling confident in what you're wearing. And if you can do that every single day, then like you're off to the races. 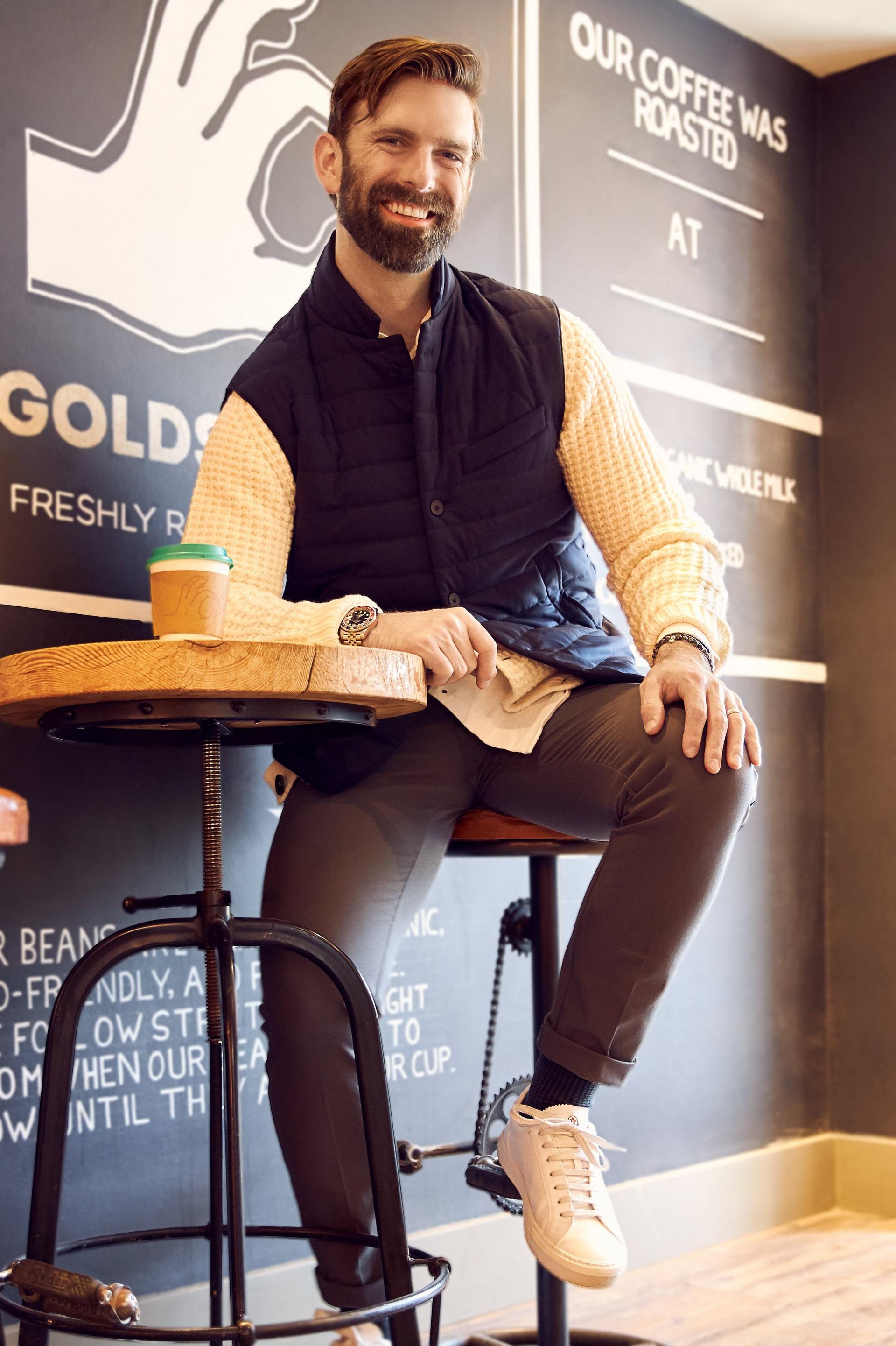 What were some of your style mistakes in your younger years? We would imagine you weren't taken with suits and ties as an adolescent – was there a rebellious phase?

Honestly, my past style mistakes are rampant, but I think it largely gets summed up by how deep the V on my T-shirt was, how many buttons were open on my dress shirt, and how skinny the jeans were. Even looking back at some past hairstyles, the number of spikes that were in my hair… questionable as well.

I wouldn't say I was rebellious, but I definitely wasn't an ambassador for the family business when it came to the way I dressed. I had this Timberland boot phase where I wanted to wear those in all situations, appropriate or not, summer or winter.

How have you been navigating this year's sartorial challenges?

Comfort has become key, obviously. I can't avoid the fact that I've probably gained a bunch of weight during Covid, but I am still focused on things like, if I sit down in these pants, will they still fit me? I'm going to be sitting at my desk, my clothes have to pass those tests.

After two weeks of being in quarantine, I made a very big effort to say, at the very least, I'm getting dressed today, and I'm going to feel like I'm going somewhere even if I'm not. I leaned hard into sweater-jackets and sweaters and layering pieces because my house's temperature ranges from extremely hot to extremely cold. Paige denim was huge for me because it has a lot of stretch to it. Also, dress pant joggers with stretch from BOSS and Patrick Assaraf and Moncler. Those met the comfort test, but I wouldn't feel like I'm wearing sweatpants all day. I still felt like I was presentable.

Have you found any routines that you recommend as we continue to work from home this fall?

My daughter has decided that 6 a.m. is our new wake-up time, so we go for a walk right first thing. I usually listen to a podcast – generally technology-related – and try to learn something early in the day. Then I try and take calls outside before I take that first seat at my desk. That's where working from home hurts you –– the day starts to fly by, and there is no time between meetings, and you don't physically move, even forgetting to get a glass of water. I'm trying to be more thoughtful about where I am spending the, making sure to get outdoors and move around. Even just using my iPad a little more to read and respond to emails so that I don't have to be tied down to a desk is huge.

You became a father this year. How has that changed your perspective on everything? Have you been given any parenting tips on setting the right tone for your young daughter?

Honestly, she sets the tone for me. It doesn't matter what's going on in the world right now; she's a ball of joy. That's the best thing. As the world is going nuts she's the constant. That's been awesome to have.

In terms of parenting tips, building routines and enjoying the routines is what I'm always protecting. I think I've missed one bath time since she was born, and I give her a bottle every single night, just her and me. That's the best thing. I have my constant no matter what craziness happened in the day. 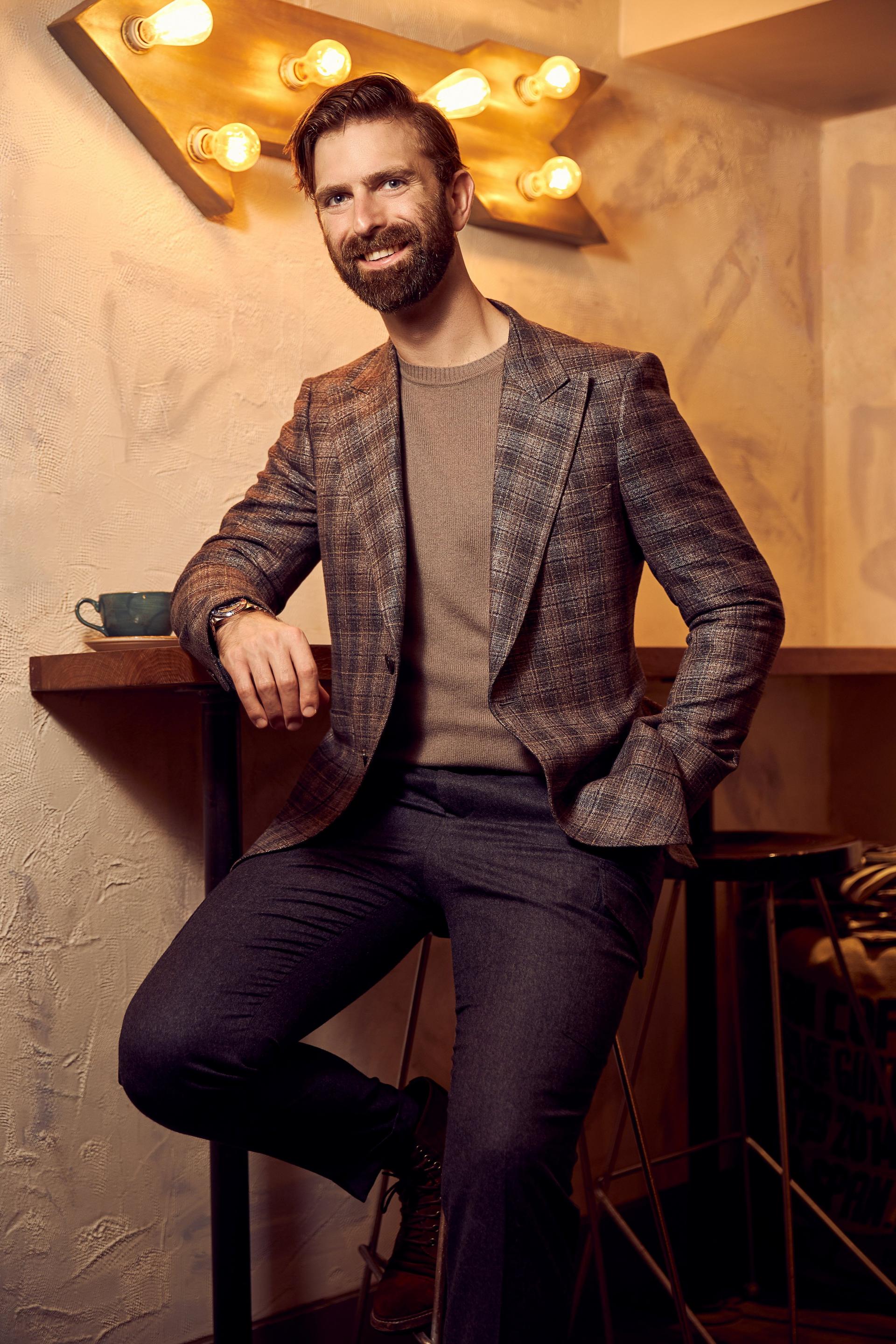 What does it mean to be a leader?

My approach is to try and empower the people beneath you. Don't over-manage; let them stretch their wings and let them surprise you and step up to the occasion. But also show them that you're winning to lend a hand and support them. You have to be willing, not just to say, solve it, but work with your team to solve a specific problem – working with them and not dictating. Those are the leaders I always loved working with.

I also think just being positive is big. It's really in a world with a lot of uncertainty, so how can you make sure every interaction people have with you is a calm, cool, steady, focused mentality. That's something I aspire to accomplish as a leader.

One last thing, what does "Set The Tone" mean to you?

I think setting the tone is about being present so that the people you're with feed off the energy you're putting out there. If you're down in the dumps, they're going be down in the dumps. If you're walking in establishing high enthusiasm, people will follow suit. I also think it's a sentiment that encapsulates what Harry Rosen has always tried to help our clients accomplish. We help them feel their best on important days, whether it's a wedding day or an interview or a special event, we always help them present their best selves.

Ask Harry: What To Wear While You WFH

Maurizio Baldassari and The Quest for the Perfect Sweater
Subscribe to receive emails from Harry Rosen and receive 10% off your next purchase! Never miss out on exclusive discounts, recommendations, and much more.